Tej Narayan Tharu’s family cremated him by the banks of the Budhi river in southeast Nepal. His wife, Renuka Chaudhary, wailed in despair. She circled the red coffin before tossing sugar, mustard seeds and barley on to the pyre to purify it. As the flames engulfed her husband’s body, she collapsed and was carried away.

Chaudhary and the couple’s four-year-old daughter, Sadikshya, spoke to her husband by phone every two or three days, until the day they received a call from Qatar from a number she did not recognise. Tharu, 23, died in August when he fell from a high walkway at the £512m al-Wakrah stadium, being built for the 2022 World Cup.

“A friend of his called and told us he had fallen down. We only found that he had actually died after lots of calls and digging,” Chaudhary told the Guardian.

In a blur of grief, Chaudhary took two more calls from Qatar, one from Manar General Contracting, the company that employed her husband, and one from the supreme committee for delivery and legacy, the body organising the World Cup. “The man from the supreme committee said sorry. I asked him how my husband died. He said they were investigating the death,” she said. Three months later, Chaudhary is still waiting for an answer.

The Guardian has spoken to four people with direct knowledge of the incident. The sources say Tharu was carrying a large board along a 35 metre-high walkway at night, when the accident occurred.

“He fell off from the walkway … It’s usually considered safe. But people from another company had removed a [floor] plate, creating a gap. He failed to see it and fell through it,” said one source.

Another said: “One of the blocks joining the passage was taken without informing workers … creating a gap … Since Tharu was carrying a [board], he couldn’t see it and fell from there.”

A source with knowledge of the stadium said new workers are given training and time to acclimatise before starting work, but he also described an environment where conflict and miscommunication can exist between different groups of subcontractors.

“It’s a basic conversation. Sometimes when it’s hard to understand each other, we use sign language,” he said.

Manar General Contracting has told Chaudhary she can expect compensation by December. Nepal’s ministry of foreign affairs said that it might take a year. “I’m so worried. I have no one to earn money for the family now. How can I pay for our daughter’s education and raise her?” 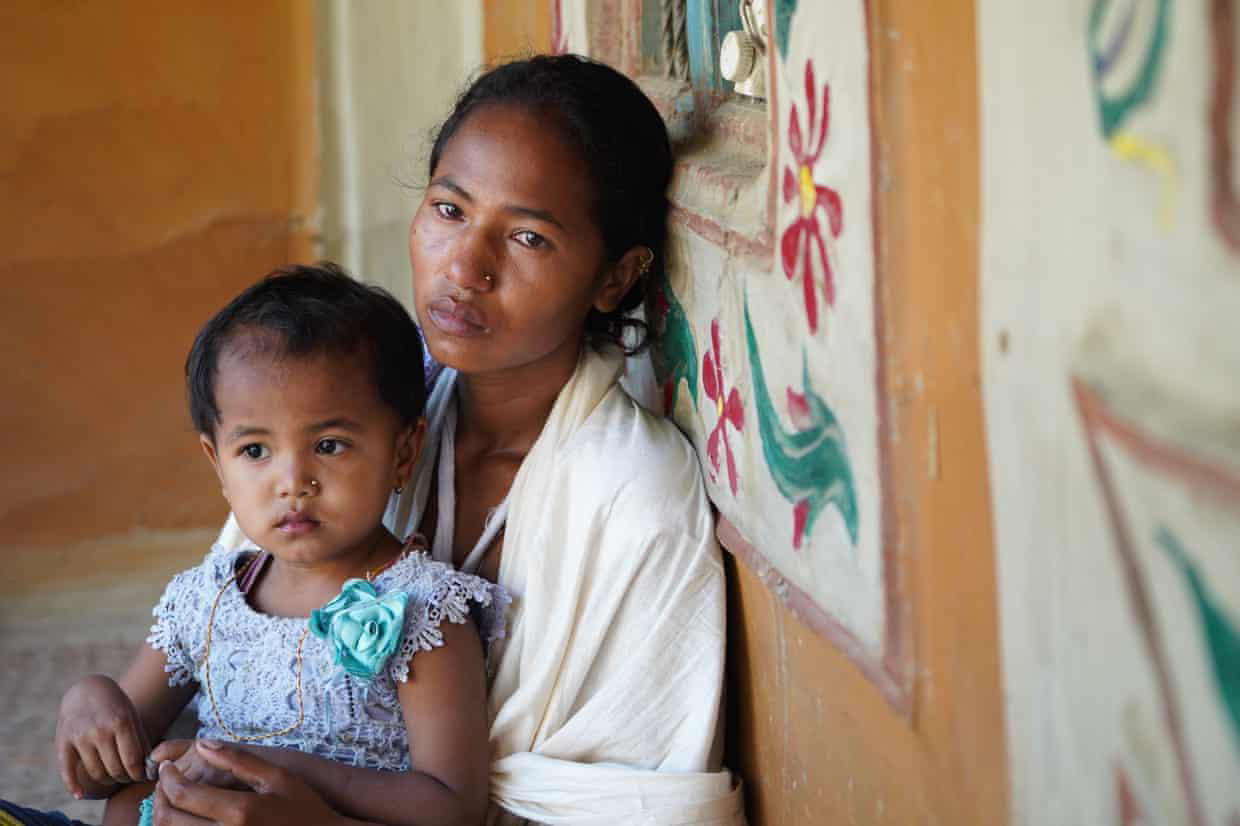 The family has received compensation from two Nepali insurance schemes but it is not enough to secure their future.

A spokesperson for the supreme committee said: “The supreme committee conducted an independent investigation into the circumstances leading to the tragic death of Mr Tharu … however, the case is currently open with Qatar’s public prosecution service. Once a final verdict has been reached we will be in a position to release more details … and will work with the relevant authorities to ensure that the appropriate funds are released.”

A human resources manager from Manar General Contracting said compensation has not been released because, “the case is still ongoing”.

Tharu’s death and the authorities’ response have similarities to that of Zac Cox, a British construction worker who fell to his death at the Khalifa World Cup stadium in January 2017. Cox’s family struggled to obtain information about his death. A British coroner investigating it concluded he died because of substandard equipment, describing his working environment as “downright dangerous”.

Three other al-Wakrah stadium workers have died this year, all off site. Bhupendra Magar, 35, and Ramsis Mukhiya, 52, both Nepalis who had been working on the al-Wakrah stadium, died in their labour camp between shifts in May and June, respectively. Their families are also still waiting for compensation from their employers in Qatar.

Mohan Magar said his brother’s wife and two children are struggling to get by. “The children are still small. He has a wife who doesn’t have an income. It’s hard,” he said.

Magar had only gone to Qatar in a bid to pay off a huge debt he had incurred when he borrowed almost £4,000 to get a job in Afghanistan. The job fell through and Magar was left destitute. But Mohan said his brother’s health had been good. “He was strong and had undergone a medical examination before leaving for Qatar. He was just fine.”

According to their death certificates, Magar died of “acute respiratory failure” and Mukhiya of “acute heart failure”, but experts say the findings do not explain the underlying cause of the deaths.

“If we do not know how workers are dying, it is impossible to say if they are work-related deaths or not. We know the risk of heat stress exposure is extreme in the summer months and the protection is demonstrably inadequate, so these deaths raise real concerns,” says Nick McGeehan, an expert on migrant worker rights in the Gulf.

Peak day-time temperatures in Qatar reached 47C in June this year and only once fell below 40C in the month.

The Supreme Committee said it investigates all deaths on its sites. “In the case of Mr Magar and Mr Mukhiya … there were no obvious contributing factors to either death … heat stress was not a contributing factor as per experts report and the result of the medical investigation,” a spokesperson said. “The responsibility to investigate underlying causes of death lies with the relevant local authorities.”

A 2014 report by DLA Piper, an international law firm commissioned by Qatari authorities to investigate the treatment of migrant workers, recommended that the government order an independent study into the deaths of migrant workers from cardiac arrest. The Qatar government did not respond to enquiries about whether the study has been commissioned.
The al-Wakrah stadium, designed by the late British architect Zaha Hadid, is set to host group games and a quarter-final. Gianni Infantino, Fifa’s president, visited the stadium last month and said it was “absolutely impressive”.

Itahari, the corner of Nepal where Tharu came from, is surrounded by lush green rice paddies and could not be more different from Qatar. But migrating overseas for work is a way of life. More than 30% of Nepali migrant workers come from just eight small districts in the south-east.

PK Mandal, a relative, said there are around 200 houses in the community and 30 to 40 men have gone to work abroad in the past four or five years. “Foreign employment has brought a lot of success, but this is the third death in that time,” he said.

Sita, Tharu’s mother, said: “I’m heartbroken. My son has gone for ever. He’s never coming back. He has a small daughter. Life is long and hard. How will she survive?” 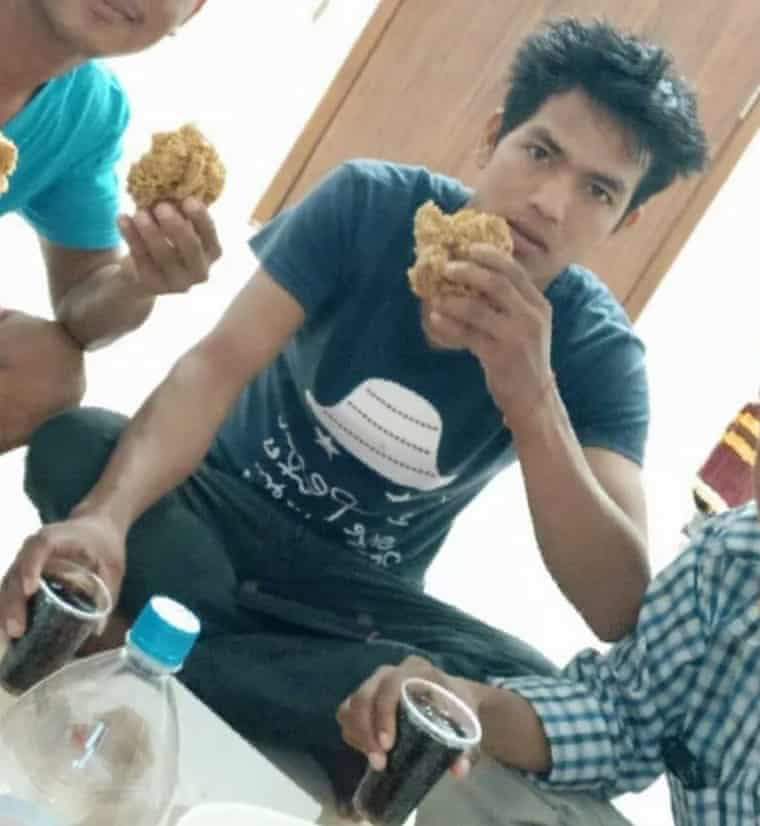