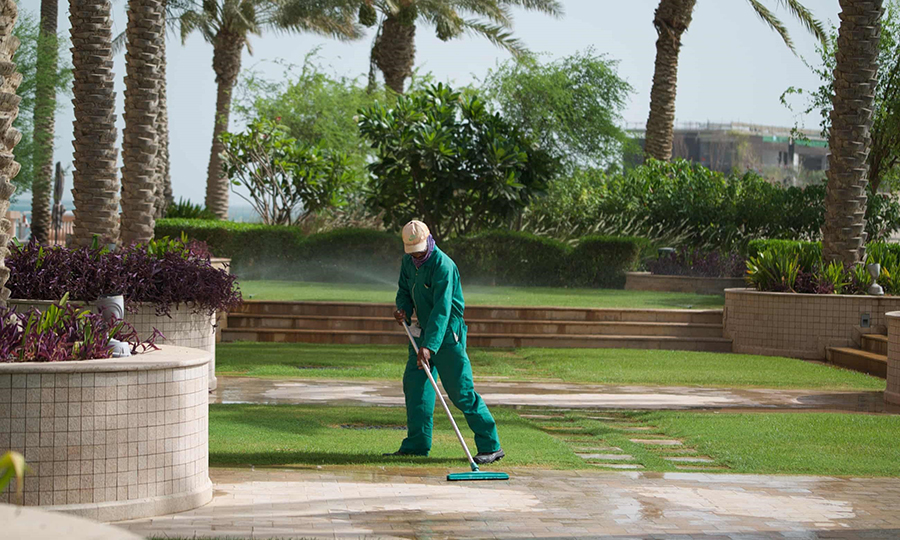 The Guardian has found evidence that hotel staff in the world’s richest country are paid below the minimum wage for enduring long shifts in intense heat.

The Marsa Malaz Kempinski hotel rises like a fairytale palace from a manmade island on an exclusive stretch of Qatar’s coastline.

Even by the standards of the richest country in the world, it oozes opulence and excess. Its car parksare lined with Ferraris and Rolls-Royces, a 20-metre chandelier hangs glittering in its marble-lined lobby, and the royal suite goes for more than £12,000 a night.

The hotel, which opened in 2015, is popular with Qatar’s elite, who gather at weekends to enjoy its lavish rooms and beachfront location. 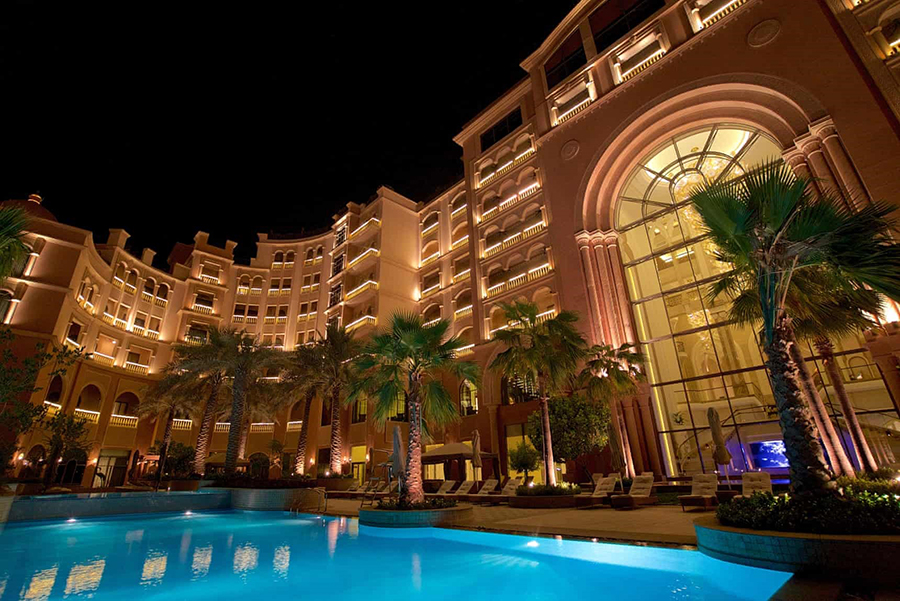 However, life is very different for the men and women who guard the cars, clean the rooms and manicure the lawns.

They come from some of the poorest parts of the world – south Asia, east and west Africa and the Philippines – but have paid large recruitment fees, some as high as £3,160, to work here.

Paying fees to recruitment agents to secure a job in Qatar is a widespread practice, but leaves workers vulnerable to debt bondage and forced labour.

The security guards endure 12-hour shifts outdoors in temperatures that can top 45C, but earn little more than £8 a day – the price of a glass of fresh juice at the hotel.

Some say they have worked for three or four months without a day off, but are fined five days’ pay if caught sleeping on duty.

Interviews with 19 hotel staff reveal multiple allegations of breaches of Qatar’s labour laws, including salaries below the minimum wage. The findings reveal for the first time that the well-documented exploitation of construction workers in Qatar extends to the hospitality sector.

“Have you ever stood for 12 hours straight?” says one security guard. “[At first] I couldn’t walk properly because I felt like my joint was dislocated. But I had to do it anyway, because I have to recover the money that I paid to the agent to come here … It feels like you’ve been punched in the head a thousand times.”

Kempinski Hotels, which has its headquarters in Switzerland, styles itself as an exclusive, high-end brand, steeped in European heritage. Unlike many international such chains, Kempinski manages its hotels directly rather than franchising out the brand.

Most of its staff, including security guards, cleaners and gardeners, are employed through sub-contractors rather than directly by the hotel. Many have been working there for years.

Responding to allegations about recruitment fees paid by workers at the Marsa Malaz Kempinski to sub-contracted companies, and the debt bondage that can result, as well as salary rates below the minimum wage, pressure to work on days off and fines for sleeping on duty, Kempinksi Hotels said it had launched an investigation.

“Marsa Malaz Kempinksi takes the allegations very seriously,” said a spokesperson. “We are committed to abiding by the highest ethical standards as an international luxury hotel operator. Equally, we expect all subcontracting companies to abide by these same standards. Due to the severity of these allegations, we have launched an investigation and will take appropriate remedial action as required”

Bobbie Sta Maria, of the Businessand Human Rights Resource Centre, said: “International standards are clear. Companies have a responsibility to respect all workers in their operations and supply chains, not just the ones they employ directly. That means hotels should be using their leverage with subcontractors to ensure workers are treated fairly and not exploited.”

The workers’ testimonies are a stark warning to international hotel chains eagerly opening up new properties in time for the World Cup in 2022.

Rafiq says he has tended the immaculate lawns surrounding the Marsa Malaz Kempinski for three years, but he has still not paid off the debt he incurred to reach Qatar.

When a recruitment agent in his own country offered him a job overseas, with a salary of £270 a month, it sounded too good to be true. It was, but Rafiq did not to find out until it was too late.

Like many migrant workers from his south Asian nation, Rafiq handed over £3,160 as a recruitment fee to the agent – three times the average annual income in his country.

But at the airport, just hours before departure, he was given a contract to sign, which offered a salary amounting to half of what he was originally promised.

“I had no option but to sign it,” says Rafiq. “I had already paid so much. We were forced to get on the flight.”

His co-worker was a victim of the same scam. “I was shocked to see [the contract]. I literally became red. Then slowly I realised there was nothing I can do about it,” he says.

“It is outright cheating,” adds another worker.

Minimum wage was part of a package of reforms announced by the Qatari authorities in a successful attempt to stave off a UN investigation into forced labour in the emirate. The UN withdrew its threatened inquiry, but the findings of this investigation suggest it is business as usual in the World Cup host nation.

The security guards at the hotel say they fare little better than the gardeners.

James says he is working 50% more hours than he signed up for in his contract. He says he feels “nothing. I need the money”.

The security company that employs him also paid for his recruitment, he says, but that did not stop agents in his own country fleecing him. He still had to pay them more than £1,000, which took him seven months to pay off.

“When I came to this [hotel] I started regretting coming to Qatar … My life here is very, very difficult,” he says.

The security guards are under pressure – from their debts and their employer – to work on their days off. Most only take two days off a month, but some say they have worked three to four months without a day off. One estimates he has only had 15 days leave in 19 months.

By the time workers have finished their duty and travelled back to the labour camp where they live more than an hour away, their 12-hour shift has become a 15-hour day.

Some of the security guards say they get just four to five hours sleep a night, leaving them struggling on duty. “If I don’t sleep enough,I can pass out,” says John, a guard at the Marsa Malaz Kempinski. “I would love to go out [and see Qatar] but … if I get a day off, I just sleep.”

There is a high price for dozing on duty. “I fell asleep in the guard hut one night. Someone from Kempinski took a photo and sent it to [my boss] and they cut 200 riyals (£41) from my salary,” says Raju. That amount is the equivalent of five days’ pay.

For some, there is an emotional price to pay too. “I get depressed … you can’t fend for your family, you don’t keep enough for yourself, it becomes so stressful,” says Charles, another security guard. “There is no chance to ask for your rights. You just wake up, go to work, and when [your time’s up], go home.”