The new Asian Town mall was designed to cater to Qatar’s roughly 2 million migrant workers – but critics say it is simply a way to segregate them.

At first glance, it is like any other entertainment complex in Qatar: a giant shopping mall, a multiplex cinema and an amphitheatre for musical shows. But there are no high-end boutiques, no women … and no Qataris.

Welcome to Asian Town, an entertainment and shopping venue in the heart of the largest labour camp in Qatar, on the outskirts of the capital, Doha. Each day, thousands of young men gather here from the workers’ dormitories that stretch out into the desert formiles around, to enjoy mutton curries, Bollywood films or just a sanctuary from the searing heat. 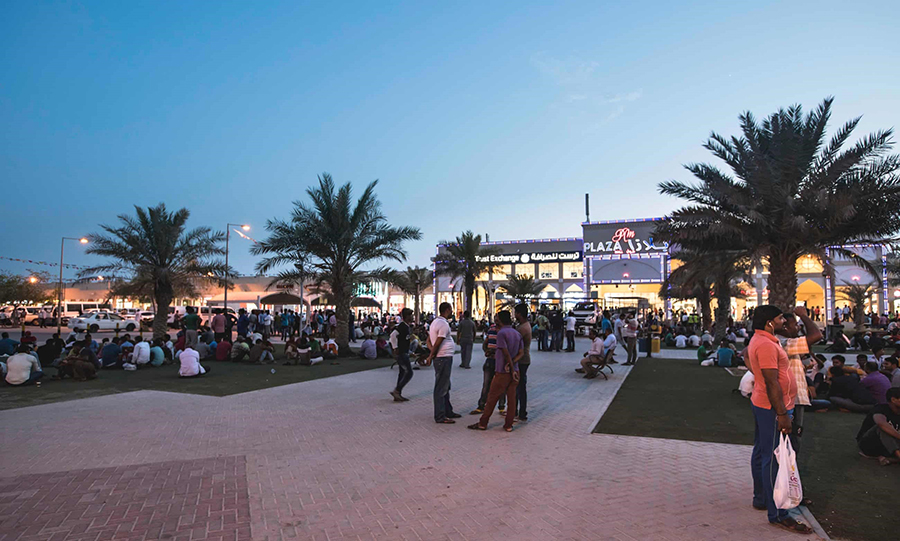 “When I came here in 2008, there was nothing but construction on all sides. After work we used to sit in the camps not knowing what to do,” said Dan Bersamin, a35-year-old plumber from the Philippines. “Now Asian Town has given us some entertainment.”

Instead of a football ground, which you might expect to find in a World Cup host nation, Asian Town boasts a 13,000-seat floodlit cricket stadium, the first and only one in the country. 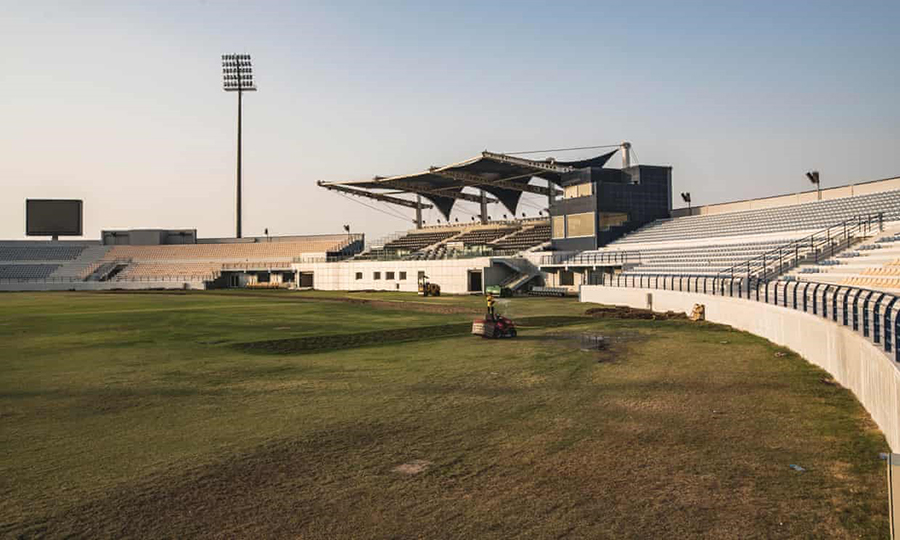 “We are big cricket fans and watch most of the games here,” said Samar Sahay, 21, from Bangladesh. “I really like Asian Town. It gives you a feeling that you are not far from home.”

The venue, which is owned by the government, attracts 950,000 visits a month, the vast majority of whom are migrant workers. A full 95% of Qatar’s working population come from outside the country, with the majority from south Asia.

Asian Town is just one of a number of recent developments designed to cater to these roughly 2 million workers. Adjoining it is Asian City, which provides “upmarket” accommodation for workers. The men are housed in youth hostel-style dorms, fitted out with games rooms and gyms. New “workers’ hospitals” are also in the pipeline. 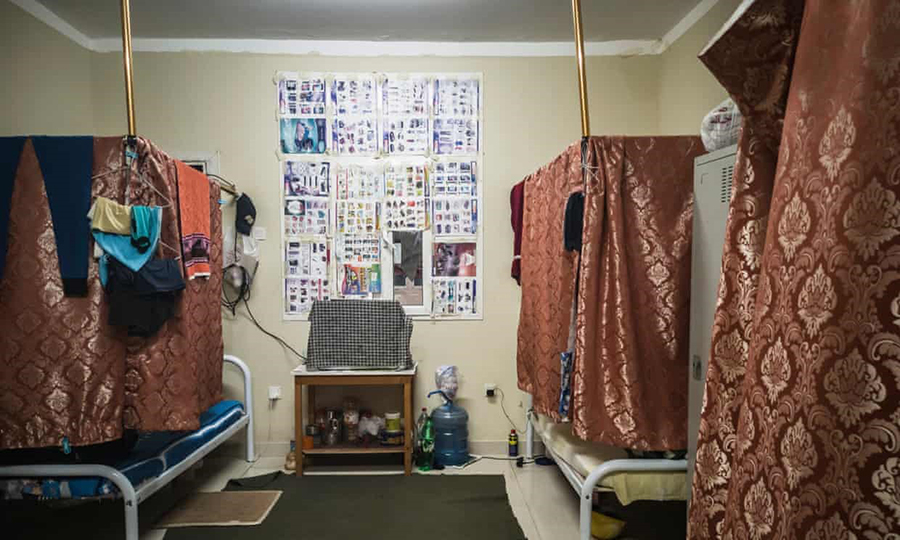 “This is the cheapest place to shop in Qatar,” said Ahmed Refaat, the marketing manager of Asian Town. “The events and entertainment are all for free. The workers are so satisfied and happy.”

Others, however, see these developments not as a genuine attempt to improve the treatment of migrant workers – which has attracted international condemnation – but part of a deliberate strategy to isolate them.

“Asian Town is a popular facility with lots of entertainment and shopping options for people living in the area,” said Shabina Khatri, former editor of Doha News. “But such developments are also a step closer to segregating Qatar’s migrant worker population from the rest of the community.”

Strict “family housing only” zoning regulations effectively ban migrant workers from living in certain parts of the country, including much of Doha. A decade ago, most migrant workers lived in and around the capital, but as numbers in Qatar soared – from 1.1 million in 2008 to1.97 million in 2018 – they have been pushed out into huge labour camps, often in remote locations, to make room for new developments in the city.

Some shopping malls, parks and public spaces are also off-limits to migrant workers, especially on weekends and holidays. The policy is apparently driven by concerns about migrant “bachelors” mixing with women in a country where less than a quarter ofthe population is female.

“Public spaces can easily get flooded with men, making it uncomfortable for women, especially those from cultures where gender mixing is discouraged,” said Khatri. “Qatar is trying to resolve this issue by creating public spaces that workers can call their own, but many men feel excluded from society.”

At the glitzy Villagio shopping mall in August, within sight of the Khalifa，World Cup stadium, security guards turned away single Asian men, beside a sign saying “Families only during Eid holidays.” 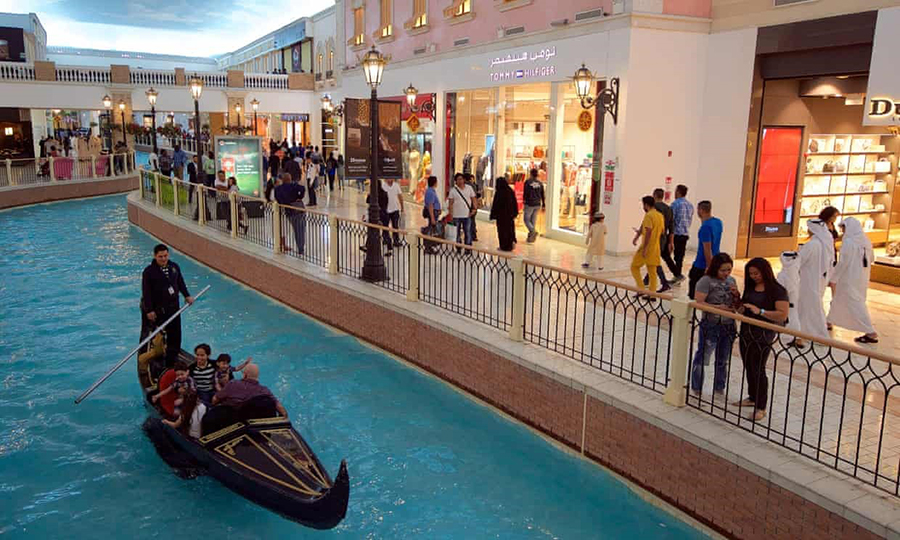 A young worker from Nepal, a red cap pulled down over his long hair, was by the entrance. “This is the first time I have come,” he said. “We came from far and spent a lot of money to visit this place, but they won’t let us in.”

The emphasis on “families only” is nothing but thinly disguised discrimination, said Vani Saraswathi, the editor of Migrant Rights, who lived in Qatar for 17years.

“The Gulf countries take deliberate measures to dissuade migrants bringing their families with them, and then justify the ghettos and zoning regulations under the pretext of security,” Saraswathi said. “Time and again, Asian male migrants are kept away because they are ‘bachelors’, while the same wouldn’t apply to western or Arab single men. One can’t ignore the racial undertones.”

Many workers say a visit to Asian Town is the only acceptable form of entertainment they can pursue, in part because of tight police surveillance of their movements. “We mostly stick [to Asian Town],” said Yusuf Ali, 31, from Pakistan. “We don’t go to other malls or the other side of the city. The police are always trying to check our identification papers. Why should we go somewhere else and invite unnecessary trouble?”

In a statement, the Government Communications Office said: “There is no law in Qatar discriminating certain groups from patronising shops or public places. Asian Town Mall was constructed to offer shops which sell goods that expats, living in Qatar, missed from home.

“Qatar has certain regulations in place intended to promote families. These include policies excluding all single men (Qataris included) from living in neighbourhoods zoned exclusively for families.”

While Asian Town and Asian City present the respectable face of migrant life in Qatar, the vast majority of workers are still housed up in the grim labour camps of the so-called Industrial Area nearby. According to the 2015 census ,more than 364,000 workers live among this endless expanse of warehouses, factories and worker dormitories.

It takes only half an hour to drive from the glittering lights of central Doha to the Industrial Area, but as you arrive it is hard to believe you are still in the world’s richest country. Silky-smooth highways give way to potholed streets lined with abandoned vehicles covered in dust. In patches of wasteland men play cricket, get haircuts or, after dark, sell bootleg alcohol. 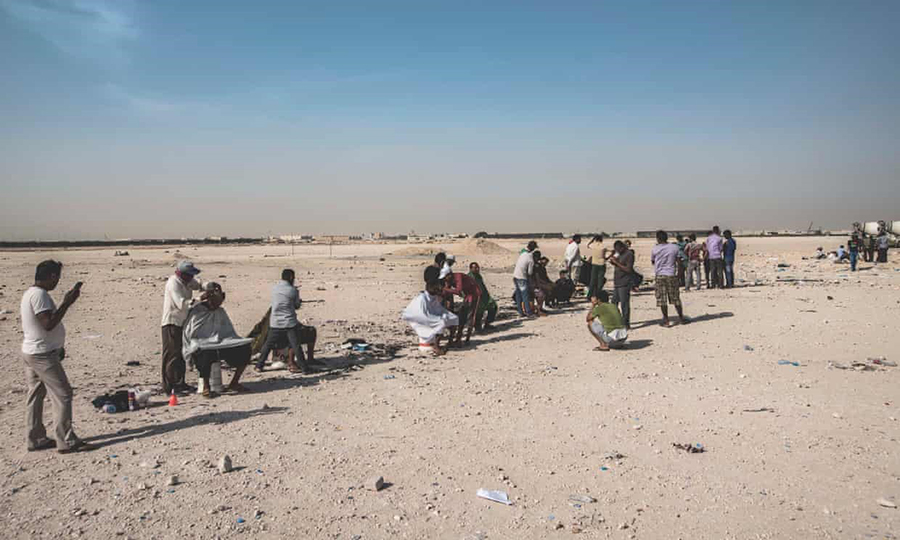 In one rundown collection of dormitory blocks, hundreds of men have been stranded for months without wages, after their employer abandoned them. The workers say their electricity was cut off for two months and that they do not have enough water for cooking, let alone cleaning and washing.

“Whatever happens to us is of no consequence to [the company]” said one worker from India. “To them we are like worms and insects.”

For most of these workers, including those lucky enough to live in the newer areas, the mall remains effectively their only viable entertainment option, in a climate of long work hours and deliberate exclusion.

“I have not seen any other mall,” said construction worker Amirul Islam, a 34-year-old from Bangladesh. “We don’t get time to go anywhere else.”